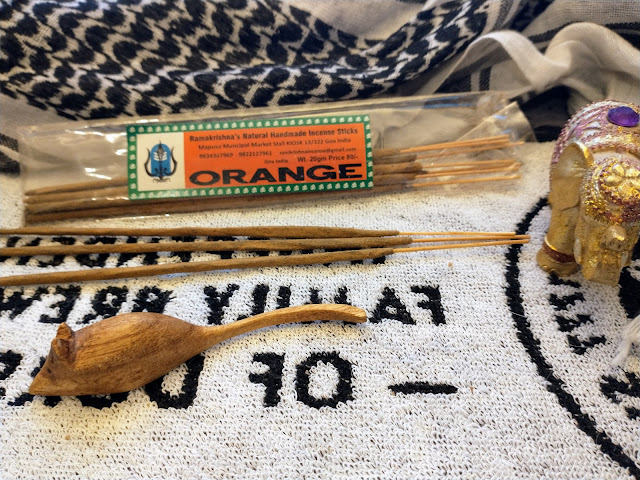 I picked up a sample of incense from my favourite Indian shop in Southampton the other day -  Shekhar's Natural Handmade Incense Sticks Nag Champa - and it put me in mind of Ramakrishna's Natural Handmade Incense, which some people have been recommending to me, and I was curious to compare them, so I decided to explore Ramakrishna's incense, and have bought a big selection via GoaBay. I'm happy I did - it's good stuff. It doesn't quite live up to the hype, but it's worth getting at a reasonable price.

There is little difference between Shekahr and Ramakrishna - the incense is clearly made in the same manner with the same recipes, and packaged in the same way. They both sell from stalls in Mapusa Municipal Market in Goa.  It is  likely that one of them is copying the other.  Or it is possible that this is a common form of incense in Goa, or at least in Mapusa.  I've tried a few of the incenses and, as I say, they seem standard masala -  good stuff you can burn every day, and share with guests. Most of the scent comes from basic essential oils so is enjoyable. If it's handy for you to get some at a reasonable price, then go for it - what I've tried so far is all decent; though I'd suggest applying some caution if you are going to  put yourself out to pay over the odds, as I'm aware that some people are doing. There are loads of decent masala incense available at really quite low prices. If in the UK try Popat Stores, where you can get incense like Rathnams Tanjore for £1.40, Mayur Flora for £1.99; Atma Darshan Flora for 99p; etc. And I have been recommending Gokula for years, as Mukunda uses some of the same sources as Paul did for Happy Hari, and still sells at a reasonable price. Anyway - that's all just to put this incense into perspective. It's good stuff, and so far what I've experienced is on a par with other decent everyday masala. I may change my mind as I go though the selection, but at the moment I'm seeing Ramakrishna's incense as decent stuff - not below average nor especially heavenly, but certainly enjoyable, decent quality scents I would possibly buy again.

The sticks are crudely hand rolled onto plain bamboo splints. They are best left for a while after taking them out of the pack to allow some of the volatiles to evaporate - there's too much of a whiff of cabbage about them, probably from the ethanol used in the oil. There's pleasant smells as well, but they are mixed with cabbage. After being out of the packet for 30 minutes or so, the scent is all pleasant. It's vibrant, sweet, citric, candy, orange, tangerine, fresh. The masala charcoal paste is soft and moist - presumably from the oil. The paste has been covered in a fine woody melnoorva powder to prevent the pastes from gluing together when the sticks are laid out to dry. The sticks are reasonably put together, though there is some inconsistency - probably caused more by the soft nature of the paste rather than poor skills in rolling. I have noticed similar in other sticks which use a lot of oils, such as in Sri Sai Flora.

The scent on the burn is quite relaxed - it doesn't  assert itself, just gently informs the room. There's the orange again - not an evocative orange grove orange, but fresh, clean, fairly distinct, and quite pleasant in a modest manner. It's a decent slow burn with no off notes - what you smell is all fragrance - not a wide range, remaining in the fresh, citric zone. but certainly pleasant. It gently cleans the room and leaves a neutral clean scent for the next day. Overall an acceptable everyday masala incense. I'd be happy to buy this again, though to be fair, I wouldn't seek it out.

Goloka  was founded in 1997 in Bangalore, and is a non-profit trust which provides food and education for disadvantaged children, and tr... 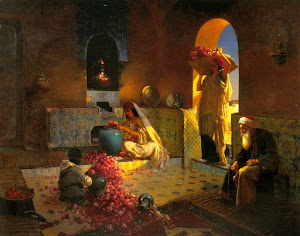